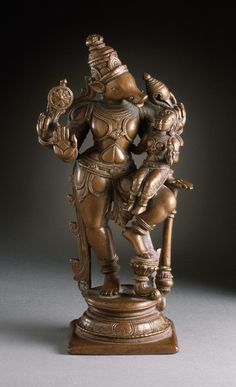 Varaha and Bhumi the Earth, Southern indian bronze. Varaha (Sanskrit: वराह, "boar") is the avatar of the Hindu god Vishnu in the form of a boar.Bhūmi, Hindu goddess of the earth. also, earth as a classical element in Hindu tradition. Bhumi (Buddhism), the 10 stages a Bodhisattva advances through in the path to become a Buddha. 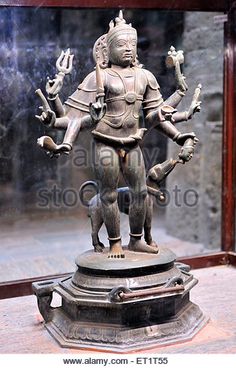 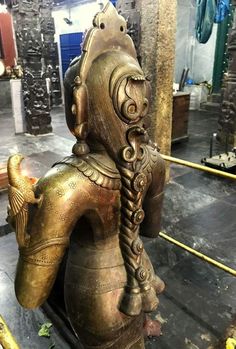 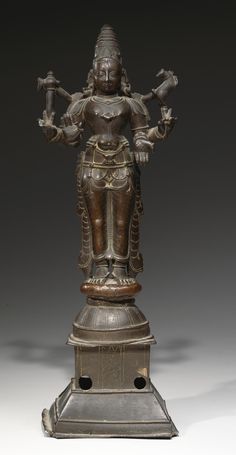 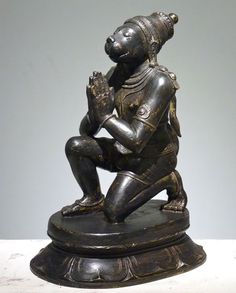 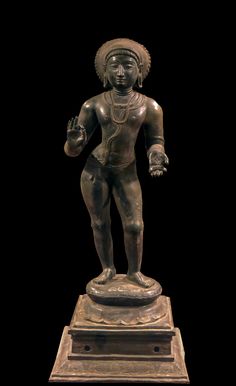 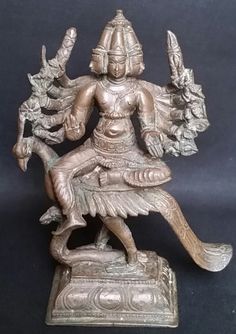 This is Kartikeya, son of Siva and Parvati. Here Karthikeya is shown with six faces and twelve arms riding his vahana, peacock. This image could be called Arumukha or Shanmukha (who has six faces)… 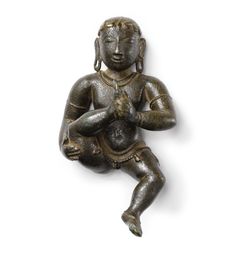 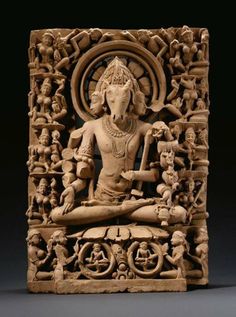 A Very rare depiction of Pashupati-Shiva with a central Antelope or Stag head surrounded by Ashtamatrikas. 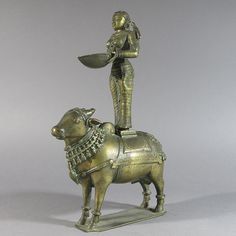 A BRONZE FIGURE OF DIPALAKSHMI ON NANDI: South India, 19th century The bull Nandi on a rectangul

A BRONZE FIGURE OF DIPALAKSHMI ON NANDI. South India, 19th century, The bull Nandi on a rectangular platform, the goddess standing on his back, holding a yoni-shaped lamp holder, a parakeet in her left shoulder; It is unusual to see a Dipalakshmi figure standing on Nandi, so it is possible that despite the similarities of style, the two parts do not originally belong. Nandi is the vehicle of the god Siva, while Lakshmi is the consort of Vishnu. 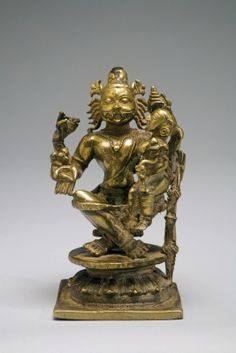 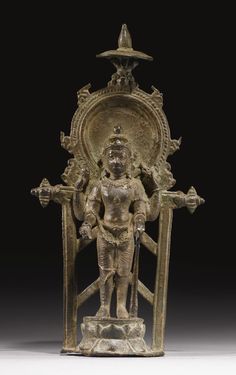 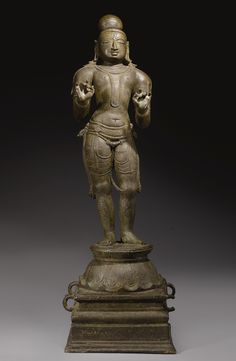 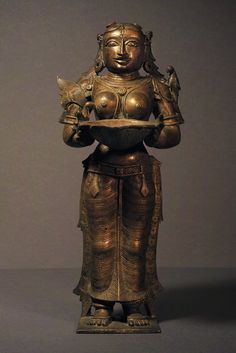 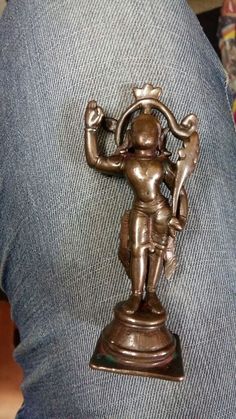 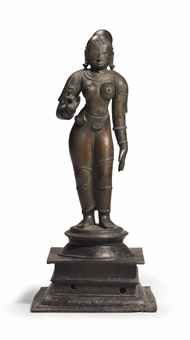 A bronze figure of Saint Andal